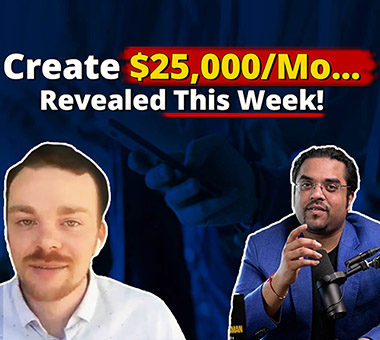 How To Build A $25,000 A Month with Facebook Groups With No Money – Feat… Arne Giske

Today, we are going to talk about How To Make $25,000 A Month Or More Using Facebook Groups.

Today, we are going to talk about How To Make $25,000 A Month Or More Using Facebook Groups.

Let me tell you where the thought came from to explore this topic.

Like most football fans, there’s no game more important than the Superbowl.

And like most fans, the game is a big draw, but the commercials are a very close second.

Some were good, some were bad, but this one particular ad caught my attention…

Which by the way, before this, I’d never seen Facebook even run an ad.

Not to mention a Superbowl ad.

But It was like Mark Zuckerburg was letting me in on the secret to where Facebook is heading.

This told me that Facebook was going to be pouring millions of dollars into this.

That’s when I had to find the person that could teach me all about Facebook Groups.

Of course, I turned to my network and asked what expert(s) could help me.

And as usual, I received an overwhelming response on who to turn to.

This is why I’m pleased to have Arne Giske on today.

Arne has been involved in Facebook Groups long before it was popular.

This man has case study after case study proofing the success his students are having using his systems.

Honestly, when you see how many people that have turned Facebook Groups into revenue from his teachings, it’s a bit overwhelming.

But that just makes me want to speak to him even more.

Listen, if you’ve been looking to build a business organically, then Facebook Groups is a perfect place to start and Arne is the right person to teach how…

And right now, is the perfect time to jump on this opportunity.

To Register for the workshop, Go to Lurn.com/groups